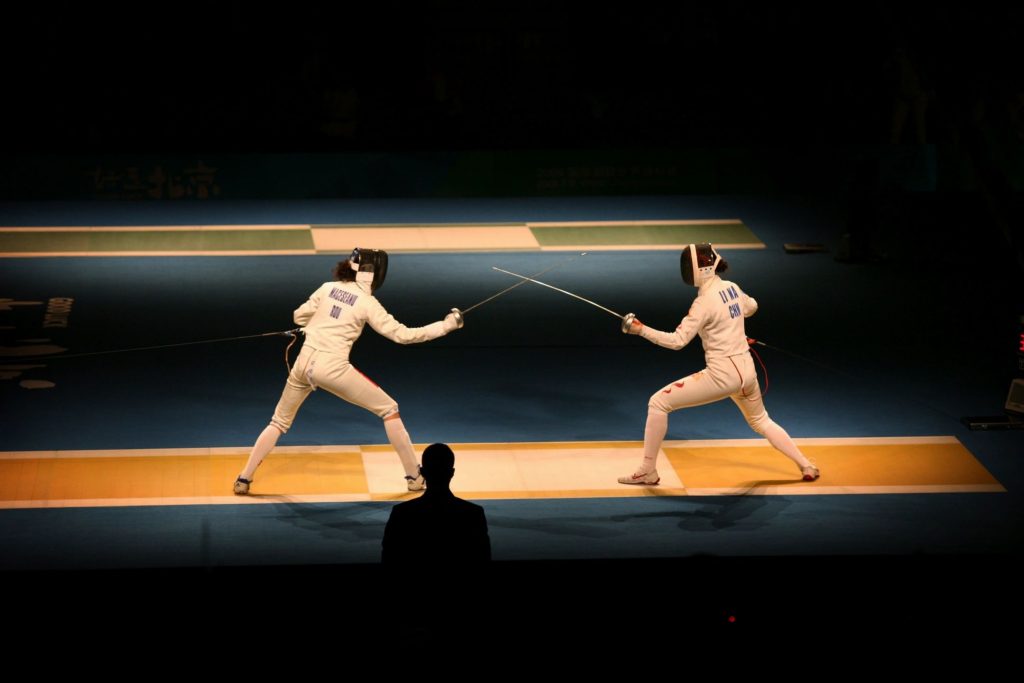 Fencing has become more and more popular in the recent years, among Youth Sports as US athletes have been getting more attention at the Rio Olympics for earning medals. Fencing provides a fun, exciting sport that can last a lifetime. Combining athleticism with a fast-paced mind-game, participants learn that athletic prowess isn’t enough. Not only does fencing develop fitness, speed, power and fine motor skills, it rewards quick thinking, mental focus and attention.

With all the other sports out there, why choose fencing? Here are 4 good reasons…

There are three types of fencing weapons: Foil, Epee and Sabre.
Note: None of the weapons have sharp edges or points, and are quite safe.

The foil is the lightest of the three weapons. In the history of fencing it was used as a training weapon to practice sword-fighting techniques before trying a real duel. In modern foil fencing, hits are scored with the tip or end of the blade only. Practice foils have rubber tips, while those used in competition are wired for electronic scoring & have blunted sprung metal tips.

The epee is the longest and heaviest of the three weapons. This sword is the closest of the modern fencing weapons to the rapier, which was the most commonly used blade for dueling. In modern epee fencing, hits are scored with the tip or end of the blade only. All epees used in competition are wired for electronic scoring & have blunted sprung metal tips.

In the history of fencing, the sabre was traditionally used as a cavalry weapon, wielded while on horseback. In modern sabre fencing, hits are scored primarily with the side or ‘cutting’ edge of the blade, but can also be made with the tip. The edges of the sabre blade are dull & the tip is rolled over so that there are no sharp surfaces that can cut the fencers.

Cynthia Wang When did you start fencing? Where? And why? I first started fencing at AFA after my mom saw...
Read more

Congratulations to Eli Amoroso on going to UMass Amherst and good luck! This is what Eli has to say about...
Read more